Video Marketing Trends of 2022, it’s almost impossible for you to pass a day without seeing some kind of branded video if you are using the internet at all. Not only does the demand for video content increases, but more brands are also allocating their budget on creating and publishing videos on the internet.

People’s appetite for video is insatiable — at least for now. According to Facebook, human’s hunger for video is biological.

As we are moving forward, mobile devices and millennials are hand-in-hand building the exponential growth of video — especially as the world is getting more connected by the faster internet and better screens, and consumer tech is more affordable.

As everything is unfolding, brands are cooking up their video marketing strategy left and right. Most of them eventually come up with similar strategies with unique touches here and there. This is because the video marketing industries revolve around fast-changing trends.

In this article, we’ll talk about the video marketing trends in 2022 that you should know to improve your own strategy.

The advances in technology have brought around a positive impact to the scene of the 360-degree video. In the last couple of years, the technology surrounding the immersive video format has surged forward.

In only a couple of years, a variety of devices to support 360 video playbacks have been released, from PC-required headset like Oculus Rift and HTC Vive to mobile VR headsets like Oculus Go and Xiaomi Mi VR.

The rapid development of consumer-level cameras and platforms like YouTube catering for the medium are also significant accelerants to the popularity of 360 videos.

Brands (at least the good ones) are always keen to get on board with a new medium like this for their own marketing campaigns.

Brands who are brave enough to make 360 videos for their campaigns usually gain success from them because viewers love the immersive experience and uniqueness of this format — even if it’s obviously a branded video.

Every 360 ̊ videos immerse the viewers in a unique environment — that means each time they watch it, they aren’t simply watching a 2D campaign passively.

Instead of being shown a predetermined field-of-view, viewers are in control of where they are looking at. This is part of the reason why the engagement rate for 360 ̊ videos is higher than traditional video format.

An unsurprisingly high percentage of 57% of video plays worldwide come from mobile device video playback. This includes smartphones and tablets.

If you’ve watched enough videos on the internet, you might have seen comments like “The real crime here is the vertical filming!” “Don’t film vertically!” and “Ugh, vertical.”

But in 2022, it’s the other way around: you’re encouraged to film vertically. Why? Because that’s how your smartphones are oriented.

People are lazy and it’s annoying to turn your phone sideways every time you want to watch a video without these ugly black bars. 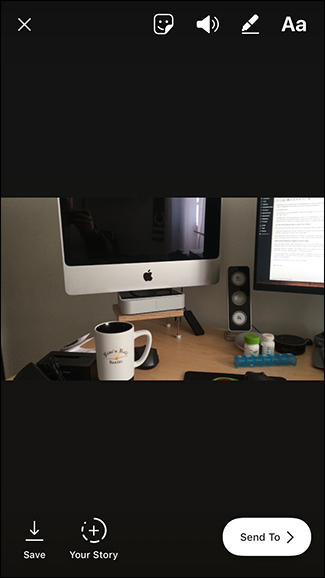 People hold their phones vertically about 94% of the time. However, it doesn’t mean that we should make everything vertical. Some videos should stay horizontal, like movies and TV shows. But a horizontal video on a vertical smartphone is a little bit frustrating.

Back in the 2000s, people are flooding sites like Metacafe and MySpace with videos uploaded in bulk. Back then, the sole reason for uploading videos to the internet is to gain as much exposure as possible.

Which is why cross-platform video is one of the trends in 2022.

According to a Google article, 6 out of 10 people prefer online video platforms to live television. There are several video platforms where people watch videos which is why cross-platform videos are becoming a trend.

Other than that, this kind of video is also good to increase sales.

The Landscape for Video Marketing Trend is Always Changing